Two weeks ago, I went on an undercover operation in Oakland. We were on International Blvd., where I drove by often when residing there. We even passed by my favorite taco truck. 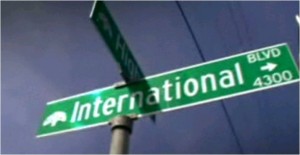 While I was aware that youths were being sold for sex on the streets, I didn’t imagine the magnitude. There were girls all over! It was like an open faucet. After we picked up one girl, we would circle around and see three more walking onto the “track” – the area where they’d be sold.  Some of them were in groups of 2 to 5, meaning they were working for the same pimp. 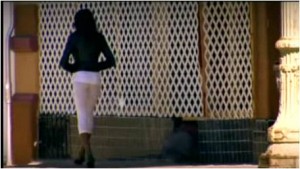 To the normal eyes, many looked like they were just “hanging out” and walking along the streets.  Then you’d see them hopping into cars with men who were old enough to be their fathers and grandfathers.

One girl who looked very young hopped into a car with a “john.” We initially were going to follow the car, but they decided to focus on the undercover agent who was trying to pick up another girl at the same corner. My heart sank – it was like seeing this girl being raped and just turning the other way.

It was crazy and surreal. The sun was still out, and families and professionals walked on by as this vibrant sex trade of girls was taking place. And this is just those I saw on the streets. Think about the web…

And who are the voters? They are our teachers, social workers, nurses, businessmen and women, and families. They are the store owners and church leaders who see these girls standing in front of their buildings every day.  Little is being done to stop this vicious crime now, not because we don’t care, but because we don’t know about it or don’t think we can make a difference.

But engaging millions of voters through the ballot isn’t easy. We’re about 15% of the way to our $1M need. If we don’t raise $1M this summer, we will not be able to fund a signature campaign this Fall. We will have to wait for 2014. And the trafficking of girls will continue to flourish – unchecked.

I assure you that those girls are worth every penny to protect. They need you. Now.